Moe is a button on Mattie's nightgown in a book called HOUND DOG TRUE by Linda Urban. Mattie is a shy girl who lives with her mother and her Uncle Potluck. Uncle Potluck is a Custodial Arts professional at the school Mattie will be starting in a few weeks. Only Mattie would rather be her Uncle's custodial apprentice than go to yet another school. Her Uncle tells great stories, that he swears are "hound dog true." Mattie is hoping that her mother doesn't pick up and leave any time soon, because she's finally found a place she can be comfortable instead of worrying all the time. Worry is what got rid of Moe in the first place! For grades 4 and up.
Posted by Lyda No comments: 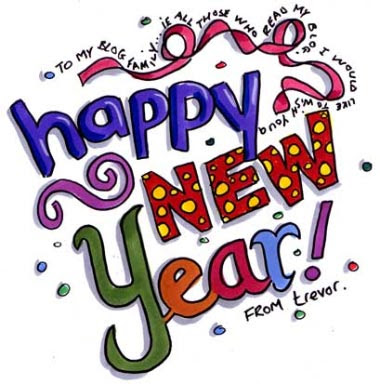 All of the Glendale Libraries will be closed for the New Year holiday starting Saturday, December 31 and remain closed until Tuesday January 2, 2013 when the regular schedule will resume.
Posted by Theresa, Children's Librarian No comments:

MOM IS A ZOMBIE… NOW WHAT?

From Jennifer at the Montrose Branch Library:

Now that Lily is showing up in books (as a character), her mom is worried. Why do all the moms get killed? Is her own life in danger? After reading an about the “Undead Capitol of the U.S.,” Lily’s mom decides she’d be safer there. At least for a few days. What she doesn’t realize is that the “capitol,” Todburg, is actually home to vampires, zombies, and ghosts. Lily is relieved when her mom returns home. But her mom is acting strange, no— possessed.

Lily and her friends go to Todburg to find out where Lily’s “real mom” is. Things don’t go according to plan. In a comedic turn of events, however, an Adirondack tarantula becomes the story’s heroine. The fifth book in Anderson’s “Pals in Peril Tale” series, this book delivers. While the writing isn’t perfect, there’s enough humor and adventure to keep kids eagerly turning pages.

A funny, fast-paced adventure. For grades 4-6.
Posted by Theresa, Children's Librarian No comments: 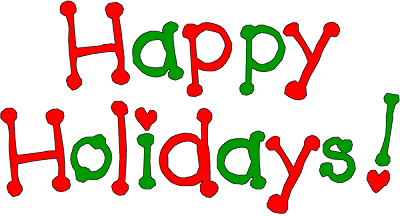 All of the Glendale Libraries will be closed from Saturday, December 24 through Monday, December 26. Regular hours will resume on Tuesday, December 27.
Posted by Theresa, Children's Librarian No comments: 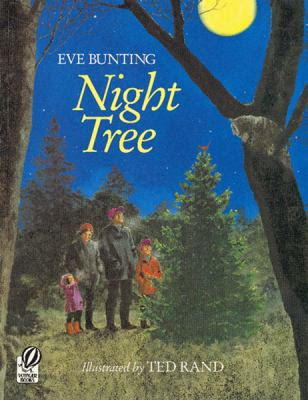 Every year a family makes a pilgrimage to decorate a certain tree in the forest. They make peanut butter pine cones, apples on strings and other tasty treats for the animals to have for Christmas. When finished hanging the treats on the tree, they stop to drink some cocoa and sing a few Christmas carols though the youngest child wants to sing Old MacDonald instead. Night Tree by Eve Bunting is a lovely story about what Christmas is really about, sharing and it's a real treat to share this with a favorite child at this time of the year.

For all ages.
Posted by Theresa, Children's Librarian No comments: 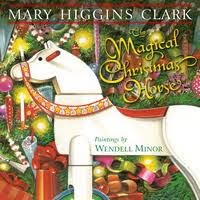 Several years have passed since Johnny’s parents announced that they would be spending Christmas with Johnny’s grandparents in Connecticut. One of his cherished memories was riding a beautiful hand-carved wooden horse on wheels. Johnny loves his little brother Liam and he would love to give that horse to his brother as a Christmas present. When the family arrives, Johnny discovers that the wooden horse has vanished. His grandfather tells him that the horse had never been returned from an antique toy exhibition where it was on display. Johnny wishes and wishes that the horse would be returned so that his little brother could experience the same joy that he had years before. Just before Christmas, Johnny wanders into his grandfather’s attic and search through some old trunks. In one of these trunks, Johnny finds the horse, but to his surprise, it was broken in pieces. Nevertheless, his father and grandfather offer themselves to restore the horse on time for Christmas to give to Johnny’s little brother as a gift. It would certainly make an excellent Christmas gift.! Classic Christmas book for family holidays and grandparents would love to share with their young grandchildren. Colorful book with beautiful pictures . Recommended for children 4-8. The Magical Christmas Horse written by Mary Higgins Clark, illustrated by Wendell Minor.
Posted by Ines No comments:

WHAT'S LUCK GOT TO DO WITH IT?

The Button family doesn't seem to have much going for them. In fact, they haven't ever really accomplished much of anything. But Tugs (middle name Esther) is bound and determined to make a name for herself and her family. With Brownie camera in tow, and a new rich and popular friend to hang out with, she's well on her way to fame and glory. As Tugs spends her summer taking pictures around town, she suddenly finds herself involved in a great mystery as well. THE LUCK OF THE BUTTONS by Anne Ylvisaker is a really cute historical fiction, with a fast pace and great dialogue. For 4th grade and up.
Posted by Lyda No comments:

HOW LOUD CAN YOU BURP?

I am sure there are a lot of more challenging questions in this world than the noise level of our burps. However, this very intriguing book caught my attention so fast, that I just had to tell you all about it. So here it is...HOW LOUD CAN YOU BURP? by GLENN MURPHY is one of the funniest and coolest books that I've read in a long time. It has tons of very fascinating questions with some very hilarious but factual answers. So if you want to know...
How loud the loudest burp is?
Why grass is green?
Why we need sleep? and much more, than you need to read this very funny but all so true book.
For grades 5th and up!
Posted by Arpine No comments:

Little Man is a city boy with a big dream. He wants to be a drummer. He wants to take drum lessons and he needs a bike to transport him there. Little Man keeps practicing every day while taking on odd jobs to earn money for the bike. Despite his brother and friends making fun of his drum playing, he doesn’t get discouraged.
Soon he has enough confidence to play the drums at the local block party. His drumming not only has everyone up and dancing, it also turned his dreams into reality when his neighbors take up a collection for him. Now Little Man has money to buy a new bike to transport him to the drum lessons.

Motivating story full of ideas for kids to find good ways to get what they want. Little Man also includes an audio CD narrated by Dianne Warwick and also a demonstration of the parts of a drum set. Ages 4 and up. Written by Dianne Warwick and David Freeman, illustrated by Fred Willingham.
Posted by Ines No comments:

THE SILENCE OF NO BIRDS SINGING 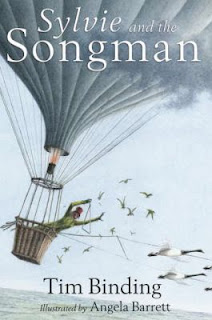 SYLVIE AND THE SONGMAN by Tim Binding sounds musical and uplifting. But really it is about a world without music. That is, the music we take for granted - the birds whistling in the trees, the crickets chirping, the woof of the dog who's happy to see you are home. Sylvie is on a quest to find her father, who's been taken by the Songman. The Songman has taken many animals' songs, and there is no telling what other music he is out to destroy! Once the adventure begins in this story, it continues at a frenzied pace until the very last few pages. It introduces you to the animal kingdom as you've never known it before, taking you into their inner most thoughts. There's beautiful places and touching scenes, and there will be times when you just want to put the book down and not continue. But it is important to remember that even when things are uncomfortable, there might be something we need to learn. Grades 6 and up.
Posted by Lyda No comments: 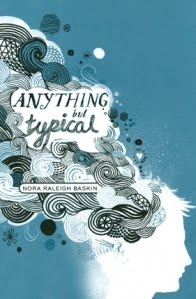 In this story, you will meet Jason who is an autistic boy trying to get through his usual day. What might look very simple to a person of no mental challenges looks extremely difficult for him. However, at least there are some things that he enjoys doing, such as writing stories and publishing them online.
He connects with a girl who often provides with the appropriate feed backs on his stories… The rest of the story, I am sure can be easily guessed…However, there are some twists and turns that will make you not put down the book until you have learned of them. This is a serious book which will allow you to think outside of the box and make you understand of people who might act or be different in your environment.
ANYTHING BUT TYPICAL is by NORA RALEIGH BASKIN and is anything but a typical book!

For grades 7th and up.
Posted by Arpine No comments:

R MY NAME IS RACHEL

This is the story of Rachel, a brave, loving and responsible twelve-year old girl, who lives in the time of the Great Depression. Rachel’s mom died when she was 2 years old and her father is a single dad. Pop loses his job at the bank and there isn’t any job available in the city., Rachel tries to find comfort in her books, and at school, but the more support she gets is with Miss Mitzy the lady who owns the flower shop. Rachel and her brother and sister hope that their father and Miss Mitzy will get married one day. Miss Mitzy seems to be the closest thing they have to a mother. One day Rachel and her family receive the good news that Pop has been offered a bank job in a town upstate and they have to move away from the city to a lonely farm. When they arrive at the farm, they realize that life in the country is as hard as in the city. Unfortunately the family hopes are ruined when the job is offered to somebody else. The father, more desperate than ever, and with no money to move again, decides to leave the kids to survive on their own while he finds a job. Rachel finds herself in charge of her two siblings who must learn to work together in order to survive, plant a garden, fish in the stream, and raise chicks and a goat. It’s very scary to be on their own, but somehow they manage. They’re determined to run the farm by themselves, and survive until Pop gets back. Sweet and charming historical fiction filled with strength and hope. Written by Patricia Reilly Giff .Recommended for children 8 and older.
Posted by Ines No comments: