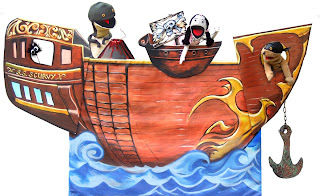 Join us this Sat., Oct. 31, 2009 at 2pm
for a free puppet show "The Pirate's Tattoo" presented by Moodoo Puppets. This special program is for children ages 4 and up. Children are welcome to come in costumes.
Glendale Central Library (upstairs in the auditorium)
222 E Harvard St.
Glendale, CA 91205(818) 548-2035
Posted by Cecile No comments:

After Gonzalo wins the lottery, he decides it’s time to leave the farm and grab the good life. The “Good life” of course, includes a mansion in Miami, a yacht, a fancy hot tub and live “la vida loca” in Hollywood. However, no matter where he goes or what he embarks on, Gonzalo does not find what he’s looking for. He feels as though something is missing, until finally he decides to return home because home is where the heart is! Very colorful. Tinny glossary of Spanish words in back of the book.
Ages 5-9. Written by Janice Levy and illustrated by Bill Slavin.
Posted by Ines No comments:

THE QUEST FOR TRUE BLUE LOVE 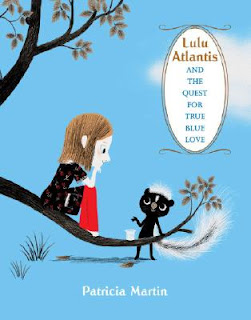 Lulu Atlantis is not very happy. Her mother brought home a new baby and he gets all the attention. Her father is far away with no hint as to when he will return. All Lulu wants is "True Blue Love" and she has no idea where to find it. Her best friend, Harry, the top-hat-wearing spider, loves her unconditionally and will do anything for Lulu. Yogurt Skunk also tries to be Lulu's friend. But Lulu keeps missing what "True Blue Love" really is until a horrible accident changes everything. LULU ATLANTIS AND THE QUEST FOR TRUE BLUE LOVE by Patricia Martin is a book that might just answer a few of your questions about life. For 4th - 6th grades.
Posted by Lyda No comments:

ALVIN AT IT AGAIN 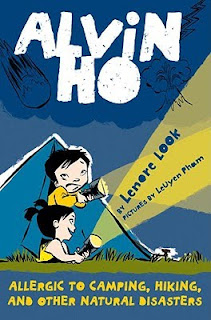 Poor Alvin, his dad thinks that camping will be a great bonding experience just like Henry David Thoreau and his father! Uh... that wasn't quite what Alvin had in mind when Alvin told him about his time travel experience. What's a boy to do if he's afraid of nature, the dark, getting lost, hit by lightning... gulp... or worse. Once again he goes to his older brother for advice, and between him and his uncle's survival tips, maybe camping won't be so bad after all.

Alvin Ho: Allergic to Camping, Hiking, and Other Natural Disasters by Lenore Look has Alvin confronting more phobias but done in such a gentle and funny way that you can't help but chuckle along with Alvin. Along with the expressive character illustrations this book is a must for readers in 3rd - 5th.
Posted by Cecile No comments: 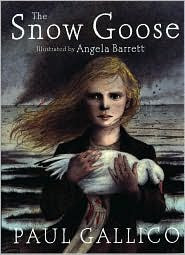 This timeless, classic story will touch your heart and stay with you for a long time. The story is set against the backdrop of World War II in a small town where a man has become a recluse do to his hunched back. Eventually he meets a girl named Frith who has brought in a wounded goose. Frith sees how the lonely man slowly heals the wounds of this goose and during this time a friendship develops. The goose heals and flies away only to come back and set her home where the man lives. However, all that changes when he is needed in the war for his sailing skills.
And...You need to read the book to find out what happens next...
The illustrations in the story are as beautiful and telling as the story.
THE SNOW GOOSE by PAUL GALLICO and the illustrations by ANGELA BARRETT.

For grades 5th and up. 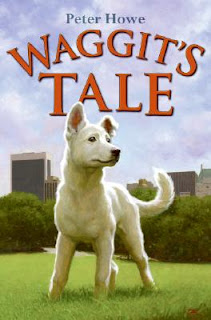 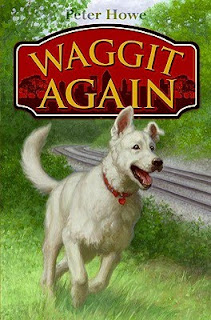 Some people just don't understand that when you adopt a puppy, that puppy will be with you their entire lives. Or that's how it SHOULD be anyway. But some dogs are abandoned, left all alone in the big cold world. Waggit is one of those dogs. WAGGIT'S TALE is a heart-warming story of loss, love, friendship and adventure. WAGGIT AGAIN continues Waggit's adventures when he escapes from a farm. Just when he thinks life is great, his owner leaves him all alone in a big park. It isn't long before Waggit stumbles across a band of wild dogs struggling to survive, and he joins them in all their adventures and misfortunes. WAGGIT'S TALE by Peter Howe is the story of the return to his owner and civilization. Both are great books for 4th grade and up.
Like animal stories, then check out this book list.
Posted by Lyda No comments:

HAVE YOU ALWAYS WANTED TO BE A P.I.? 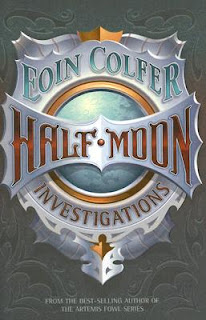 Well, this is the tale of one boy who wanted it more than anything else.

There was an Irish boy named Fletcher Moom, who only wanted one thing and that was to be a private investigator. He even took the online course from Bob Bernstein, the famous FBI agent turned private eye. He was first in his class and had a real badge to prove it, too. He just wanted to do some good and be a voice for justice against those who would bully and lie and cheat. You can see where this is heading....

One day, his badge was stolen and everyone doubted his abilities despite all his boasting. To prove himself and get it back, he took on a case for April Deveraux. As he got closer to finding the thief who stole her special lock of hair, Fletcher was accused of arson and jailed. His nemesis, a member of the notorious criminal Sharkey family, sprang him from police custody and together they forged an uncomfortable alliance to clear both their names of the recent rash of thefts and mayhem in the town.

A great detective novel full of twists and red herrings written with humor and full of characters you'll want to root for.

Half-Moon Investigations by Eoin Colfer is for fluent readers 6th and up.
Posted by Cecile No comments:

MEET AN OWL ON SATURDAY, OCTOBER 17

What: Meet one of natures largest owls, the Great Horned Owl.

The Wildlife Waystation, a non-profit refuge for wild and exotic animals, will bring an owl to the Library for you to meet up close. For additional information, please contact the Children's Room (818) 548-2035. For ages 4+ and their families.
Posted by Theresa, Children's Librarian No comments:

El Barrio.
A young boy explores his neighborhood . Celebration of Hispanic culture and urban life is sure to fire children’s curiosity about where they live and what they can discover in their own neighborhood.
Bilingual edition written by Deborah M. Newton Chocolate, illustrated by David Diaz.
Ages 4-8.
Posted by Ines No comments: 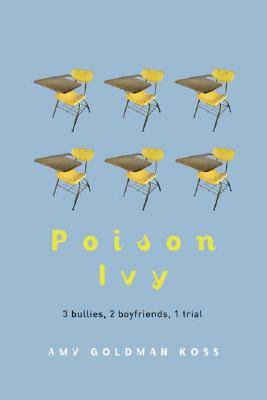 This is your chance to voice your opinion about this year's One Glendale/One Book...for younger readers. Snacktime Reader's will be meeting on Wednesday, October 28 at 7:00 p.m. to do just that. Plan on joining the group, sharing your ideas and enjoying our snacks.

Those attending this group will get the chance to attend a special pre-talk visit with the author on the evening of November 19. Details and invitations will be available at the end of the discussion group.

For Grades 4-8 and their parents 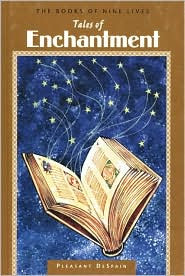 Wouldn't you want to have a bell that whenever you ring it, the world gets filled with sweetness and light? Most likely we would all like to have a bell like that. The stories in this small book are just that! They are out of this world, strange but yet appealing to our minds, even though we know the possibilities of them being true are very slim.
TALES OF ENCHANTMENT by PLEASANT DESPAIN does just that and more! These stories are in volume seven of "The Books of Nine Lives" series and they will make you to think, smile, giggle and with no surprise, enchant! The tales are from countries like Russia, Germany, Ireland and Holland. They are short, simple and fun.

For grades 2nd-4th.
Posted by Arpine No comments: 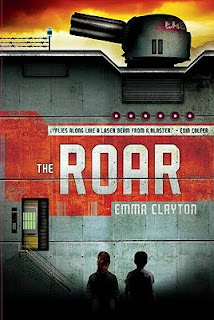 Can you imagine a world with no living animals? Can you imagine a world where they stop having children for thirty years? Much like Ender's Game by Orson Scott Card, there exists a world controlled by a video game. In THE ROAR by Emma Clayton, Mika is lost in the dreary world that exists below the rich of society. His twin sister is supposedly dead, but Mika still feels her. In a surreal combination of space, the future, ghosts and machines, this story unfolds into a visual portrayal of an alternate society that is ultimately changed by the children who live there. This is a fantastic book for 5th grade and up.
Posted by Lyda No comments:

THE BEST HALLOWEEN EVER!

This book made me LOL so much that I began to question my own state of mind. The story is about the Herdmans, who have always caused way too much trouble in their town... stealing candy, painting over things that are not theirs, terrorizing their neighborhood in ways that are mischievous and unforgiving.
The mayor of the city thinks that he has had enough of their antics and decides to cancel Halloween all together in order to punish them. However, what the mayor does not know is that the Herdmans are one group that will always find ways to make the worst of things to the best of things. They find clever ways to do almost everything and more. You will laugh out loud reading this book from the first page until the last word of the last page.
THE BEST HALLOWEEN EVER by BARBARA ROBINSON

For grades 4th and older.
Posted by Arpine No comments:

This is a collection of 13 bilingual folktales in English and Spanish from Cuban folklore, representing the cultures of Spain, Africa and the Caribbean. Called "Baila, Nana, Baila", it offers the readers a variety of humorous and colorful characters, such as a yam that terrifies the bravest man in the army, a boy who can never remember what his mother wants from the store, an old lady who can dance for days, and the man who had never done a day’s work in his life.

A good read-aloud, written by Joe Hayes and illustrated by Mauricio Trenard Sagayo.
Ages 9-12.
Posted by Ines No comments: