It feels like I've been in a race after reading this book. Lily LOVES horses. Just like her mom. But since her mom was killed riding a horse, her father hardly lets her near them, especially the horse that threw her mom! How will she convince her father to loosen the reins and let her do what she loves so much? ASTRA  by Chris Platt is a great, easy-to-read book about Arabian horses, endurance racing, love and loss, and it is action packed!

OCTOBER 2012
Posted by Lyda No comments:

THEY'VE BEEN WORKING ON THE RAILROAD

A book review by Mr. B.  from the Grandview Branch Library:

TRACKS is the warts and all story of how they met on the construction crew finishing the Transcontinental Railroad. Wilson’s well researched historical details the hard-scrapple life of the rail workers as they tunnelled west to east, as well as the open bigotry - and the language of that bigotry - that existed between cultures and races within each crew. At times, Wilson proves to be a bit wordy, but it’s a solid adventure that works on several levels.

For readers in 6th and up.

BIGGER THAN A BOOK 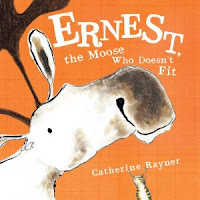 Ernest is a moose who just doesn't fit.  He's so big that he doesn't fit into his own book!  In Ernest, the Moose Who Doesn't Fit, author Catherine Raynor takes us on a journey to figure out how to get this gigantic moose into this average-sized book.  Through team work and determination, Ernest's little friend gets a big idea and the perfect solution appears.  Recommended for toddlers and pre-schoolers, this book is sure to delight and surprise readers of all ages.
Posted by Lessa No comments:

OUR ONE BOOK HIT

THANK YOU WENDELIN AND MADELINE for making our One Book One Glendale for young readers such a success!  Our auditorium was overflowing with young readers.  See all you readers next year. 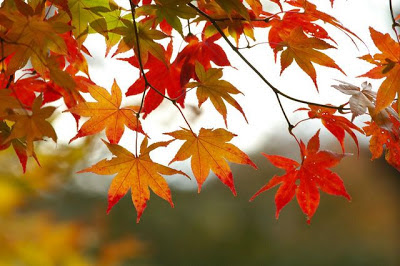 A book review by Mr. B. From the Grandview Branch:

Holling HoodHood is the only 7th grader in Camillo Junior High School not excused on Wednesday afternoons for religious lessons. Presbyterians don’t have special training, so he’s assigned to an extra hour every Wednesday afternoon with his English teacher, Mrs. Baker.  In The Wednesday Wars, Gary D. Schmidt documents those awkward, silly, touching, growing afternoons, from chalk dust powdered cream puffs to escaped rats, to reading Shakespeare together, and an unfortunate life lesson at the hands of Mickey Mantle. We also meet Holling’s ambitious father, budding Flower Child sister, and housewife Mom.

In this subtle historical, we see the Stateside 1967-1968 turmoil surrounding the Viet Nam War and its effects on the families it touched as well as the deaths of Martin Luther King, Jr., and Robert Kennedy. Obviously in touch with his inner seventh grader, Mr. Schmidt has written a funny, tender, immensely readable historical suitable for seventh graders and their parents.

WHAT MAKES YOU FEEL SAFE

Gemma has a rough life. Going from foster parents to family she didn't know existed, she is thrown into the world of her mother, who abandoned her at a young age. She is tormented by dreams of "Redboy," has an interesting yet distant relationship with her new-found twin brother, and a strained relationship with her new family. Typical life of a young girl, right? Gemma does have hope - and she hopes to get back to her foster family as soon as possible. Her life may be upside down, but she ends up right where she should be. I'll Sing You One-O by Nan Gregory is for grades 6 and up.

August 2012
Posted by Lyda No comments:

WENDELIN VAN DRAANEN HAS A SURPRISE FOR US!

Author Wendelin Van Draanen has a surprise for us tomorrow night, November, 15, 2012. Come and hear her talk about Flipped, our One Book One Glendale choice for younger readers.  Join us at 7p.m. in the auditorium at the Glendale Public Library, 222 E. Harvard St.  Wendelin will be signing books after her talk.
Posted by Cecile No comments:

FROM AN INNER CITY APARTMENT TO A HOUSE IN THE SUBURBS 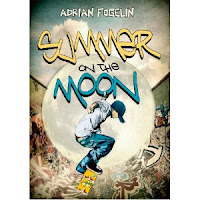 An unexpected move into a suburban neighborhood creates mixed feelings for a teenage boy who was forced to leave his closest friends.  After growing up in a tough inner-city neighborhood, Socrates and his mother must face the challenges of relocation.  Adrian Fogelin vividly captures the life of teens in an inner-city neighborhood in Summer on the Moon.  Her story offers a glimmer of hope for inner-city youth.
For 6th grade and above.
Posted by Vivian 1 comment:

THE AUTHOR IS COMING! 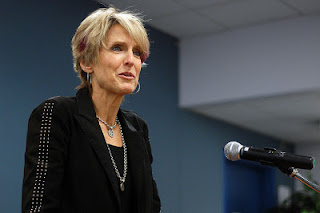 Wendelin Van Draanen will be coming to the Glendale Public Library on Thursday, November 15 to talk about Flipped, our One Book One Glendale... for younger readers book choice for 2012.  It will be at 7:00 p.m. at the Central Library in the auditorium.  She'll talk about her writing and life as the author of many many books and one of my personal favorite series, the Sammy Keyes series.
Posted by Cecile No comments:

EARWIG AND THE WITCH

She is called Earwig, however her given name is Erica Wigg and she is an orphan who never knew her parents.  Earwig is not the stereotypical orphan who is sad and lonely, on the contrary she is a happy girl, living in the orphanage and getting everything she wants.There is pretty much no chance for her to be adopted since she is older than the other children and her ordinary looks wouldn’t usually make her an ideal pick for an interested family.  However, life is unpredictable and so Earwig’s life is no exception…  Because one day, an unusual couple while visiting the orphanage hand picks Earwig as their daughter and as they say, the rest is all magic…(literally speaking, that is…)  Now, Earwig needs to learn all the secrets of witch crafting and magic, the question becomes...will it be possible?   EARWIG AND THE WITCH by DIANA WYNNE JONES is illustrated by PAUL O. ZELINSKY is an inventive and fun story that will amuse and entertain you.
For grades 4th and up.
Posted by Arpine No comments:

Labels: family, fantasy and magic, for grades 4 and older, orphans.

WHAT KIND OF A NAME IS STELLA BATS?!

This is a cute story about a girl in third grade who is getting teased about her name - a boy keeps calling her Smella! Seeing as her name is actually Stella, she starts thinking of a new name right away! It's bad enough her last name is Bats! The story is written like an autobiography, and Stella tells all about her parents' candy store, her annoying little sister and all of the good things and bad things about being in the third grade. STELLA BATS NEEDS A NEW NAME by Courtney Sheinmel will appeal to those just starting to read chapter books. For grades 2-4.

AUGUST 2012
Posted by Lyda No comments:

NOT TIRED OF ALL THINGS PRESIDENTIAL, YET? THEN READ THESE.

Here are three ridiculous election stories for your reading pleasure in anticipation of November 5th:

In Bad Kitty for President by Nick Bruel, Bad Kitty runs for president of the neighborhood cat association. For readers in 2nd-4th.

Fake Mustache: Or  the story of “How Jodie O'Rodeo and Her Wonder Horse (and Some Nerdy Kid) Saved the U.S. Presidential Election from a Mad Genius Criminal Mastermind by Tom Angleberger is so absurd. A kid super villain plots to take over the United States just by sticking a fake mustache on his face.

How Not to Run For President by Catherine Clark, takes you on the campaign trail with an unlikely clarinet hero.  for readers in 6th - 8th.