YOU'LL NEVER HAVE TO DO HOMEWORK AGAIN! 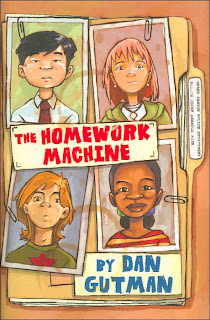 Four kids have been forced together by circumstance at an after school science club where they become if not friends, at least companions. They think that they will never have to do homework again because of the computerized homework machine invented by the group's "nerd". Can they get away with using this machine do their homework everyday? Things get a little tricky when their teacher starts giving pop quizzes. After reading The Homework Machine by Dan Gutman how would you feel about letting a machine do all your homework for you?

This is for readers in 4th-6th grade. For more ideas for good books to read check out the book lists featured on the Children's Room homepage.
Posted by Cecile No comments: 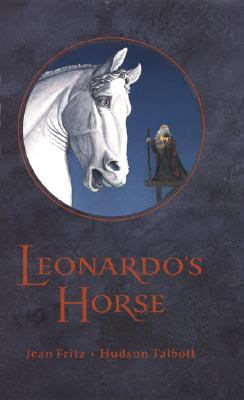 This story began over 5,000 years ago. It is a story of a man who was commissioned by the Duke of Milan to construct a bronze horse statute that was to tower over twenty-four feet high. It was a considered to be an almost impossible project. Probably impossible for most people of that time except for one man. This man was Leonardo da Vinci. Most of us know him as one of the greatest painters of all time. But he was also an inventor, engineer, architect, musician, philosopher, and astronomer. His accomplishments are so many, it is almost mind boggling to think that one person had so many talents and abilities. Even though he worked hard on building that horse, war broke between Italy and France and the horse was destroyed. Throughout the remainder of his life, da Vinci regretted his lost horse. In her book, Jean Fritz tells us the story of this horse. A horse that was not completed in Leonardo's lifetime but was in ours! Read Leonardo's Horse to find out how a 5,000 year old dream was brought to life and where Leonardo's horse is now.
Posted by Hala, Librarian No comments:

THINGS ARE NOT ALWAYS AS THEY SEEM

THE STAR OF
Eva Ibbotson

Annika’s guardians, Ellie and Sigrid, found her one day in a small country church. They had stopped to rest their tired feet when they heard the sounds of crying and discovered a small baby with a note pinned to her blanket asking that they take her to the nun’s in . Ellie and Sigrid do just that and through unusual circumstances end up raising her as their own daughter in the professor’s house where they work as housekeepers. While Annika loves both of them dearly she does daydream about her “real” mother and what her life would be like if they were together. One day after returning from school she is surprised to find that her mother is there and wants to see her. Well from then on nothing is as it seems and in order to be with her newly found mother Annika has to leave everything she has known. Doing so she starts off on what turns out to be an incredible adventure that you as the reader of this sometimes funny, sometimes exciting story can share.

IF YOU COULD TRADE LIVES WITH ANYTHING FOR ONE DAY, WHO WOULD YOU BE? 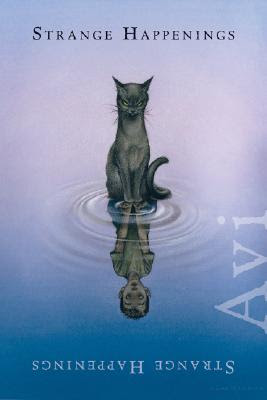 None of this would have happened if Tom hadn't been so bored with his life. Even after he meets a talking cat named Charlie, Tom still doesn't find much to be excited about. But what if Tom and Charlie trade lives? Would Tom have more fun living life as a cat? Well, Charlie finds a way for the two of them to switch places and Tom likes being a cat. Only for a while though. This switch is only for a few days, isn't it?!? You'll have to read Avi's book to find out about Tom and Charlie's fate. You'll also meet a few other characters in this book of short stories that undergo some unexpected and unusual transformations.

To get more ideas for good books like this one and to see a schedule of programs, please visit the Children's Room homepage.

A STORY OF A HAT AND A HILL 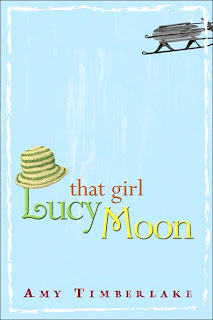 Now that Lucy is in middle school, it seems that she has lost her identity. Her uniqueness. In elementary school everybody knew why Lucy wore the green and yellow hat and all that it stood for. She didn't need to explain herself. She knew who her friends were and didn't have to endure daily bra checks from the boys. What has happened to her fire? Will she need to reinvent herself?
Her mother has gone on her annual photography trip so she must rely on her father for help and understanding. Soon more trouble comes as she finds herself pitted against the town patron over the right to use the sledding hill as snow season begins.

That Girl Lucy Moon by Amy Timberlake is for those who loved Frindle and stories about people standing up for something they believe in.

For readers in 5th grade and up.
Posted by Cecile No comments:

I LOVE MY LIBRARY DAY!

Come to the Library today not just to check out our wonderful books but our services as well. Every time you stop at one of the service desks be sure to ask for a raffle ticket for a chance at a nice prize. Hope to see you today!
Posted by Theresa, Children's Librarian No comments: 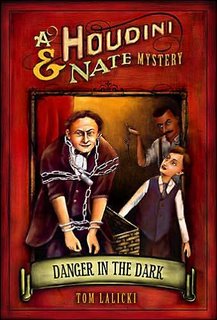 Danger in the Dark: A Houdini and Nate Mystery by Tom Lalicki

Can spiritualist Trane really communicate with Nate's dead father and great uncle? Can a chance meeting with a famous magician solve all of his problems? Problems caused by Trane’s revelations to his great aunt Alice which just might leave the family homeless and penniless. While on an errand, Nate meets The Great Houdini and his wife who take him under their wings and help him and his friend Ace dig up evidence to confront the imposter and save his aunt's life.

For 4th grade readers and up.

To get more ideas for good books like this one and to see a schedule of programs, please visit the Children's Room homepage.